The end of oil is near. Renewable energies, the alternative

Various sectors of the economy are claiming that we are at the beginning of the end of oil production in the world. Everything points to the fact that the black gold that has driven the planet for the last 150 years will cease to be the driving force of the economy. Europe recorded its greenest electricity year ever in 2020 What is the real situation?

The World Energy Agency warns that the oil market may not recover the production peaks recorded in 2014. This is why there is talk of the end of the oil era.

In 1859, the first barrel of oil was extracted in Pennsylvania, USA, and since that year the demand for crude oil has continued to grow until today and has driven the world’s economy for 150 years. Since 2014, however, there has been growing concern that existing wells are running out. The big oil companies stopped investing in the search for new wells because they had tripled their budget allocation in the last 20 years with miserable results. So it is time to think of a new source of energy and that is where renewables come in.

The reality is that the clean energy industry is growing like crazy and is beginning to replace energy consumption quotas, even those hitherto covered by hydrocarbons, especially in the field of mobility, although there is still a long way to go. Oil consumption will cease to be the economic engine within the next decade and each family will have to take care to maintain its quality of life at the energy level.

FRACKING, THE LEAK THAT IS DELAYING THE END OF OIL

It is obvious that the end of oil has been somewhat delayed thanks to the latest technological advances because they have made it possible to exploit reserves in super-deep waters and to take advantage of unconventional hydrocarbons (those trapped in rocks, those that were flooded with sand…) in such a way that the end of oil, which seemed so near, has only slowed down and sailed more and more against the tide.

Evidence shows that once COVID-19 arrived, oil production plummeted in all the leading countries in the sector, such as Algeria, Angola, Congo, Equatorial Guinea, Gabon, Iran, Iraq, Kuwait, Libya, Nigeria, Saudi Arabia, UAE and Venezuela. They all make up the Organisation of Petroleum Exporting Countries – OPEC. This powerful crude oil cartel has already recognised that, although the recovery of the economy after Covid-19 will facilitate an upturn in the sector, it will not reach the figures of the past and, on the contrary, peak demand is coming, considered the moment when oil consumption will reach its ceiling and enter a permanent decline (the majority of producing countries have already reached it from 2005 to 2014).

OPEC recognizes that the most likely future scenario is a drop in global demand from 2040 onwards. But they also point out that it could peak much earlier, around 2029, if a significant number of countries take seriously the measures against climate change agreed at the Paris Summit. In that case, they envisage global consumption climbing from the current 94 million barrels per day to a peak of 100.9 million in just a decade’s time, and then beginning its slow decline.

However, recent studies by leading environmental organizations, such as the Grantham Institute and the Coal Tracker Initiative, are more optimistic and indicate that peak demand will arrive in 2022, giving renewables technology time to develop and become more important in our lives. Their calculations indicate that solar power could account for 23% of global supply by 2040 and 29% by 2050.

More international environmental publications warn that, as a result of climate agreements such as Paris, the use of renewable energies in the world is growing. One of them is that of Agora Energiewende and British experts Ember, who claim that in 2020 Europe recorded its greenest electricity year. It is celebrated as the first year where more electricity is generated from renewable energies such as wind, solar, hydroelectric and biomass, all of them above fossil fuels.

To be more precise renewables accounted for 38% of Europe’s electricity in 2020, compared to the plunge of fossil fuels with just 37%. To conclude, it is very important that renewables have doubled in Europe and that coal power generation has halved since 2015. Of course, more and more European countries are planning to progressively ban gasoline and diesel vehicles from 2030/2040, while stimulating the production and sale of electric vehicles.

For all of the above reasons, and in view of the situation that will be imposed on us, with less presence of fossil fuels to make up for the drop in electrical power in times of lack of sun or wind in renewable energies at national level and where the electricity bill is increasingly suffocating, it will be good to have “energy independence” through self-consumption, building or adapting our homes to a very near future where we may encounter electricity supply problems (especially if the intention is to change the entire fleet of thermal vehicles to electric in the coming years).

I WANT A HOUSE WITH SELF-CONSUMPTION 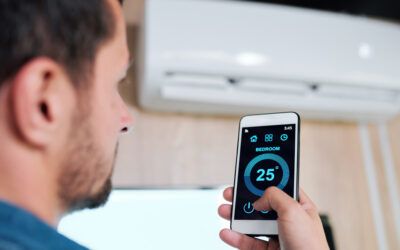 Tips to reduce the consumption of household appliances

Do you feel that paying your bills means spending money that you could use for other needs? Don't you know which appliance consumes the most energy? Do you feel you are not helping the planet? If this is your situation, pay attention to the tricks to reduce the...

END_OF_DOCUMENT_TOKEN_TO_BE_REPLACED 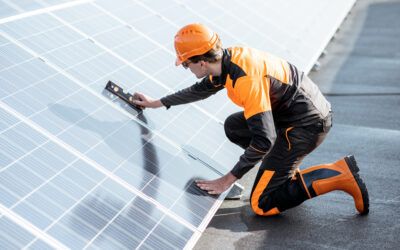 Savings in electricity bills of between 30% and 50% and the public's commitment to sustainability are the two factors driving the market for the installation of solar panels in homes and businesses in Spain. In this article you will learn more about the benefits of...